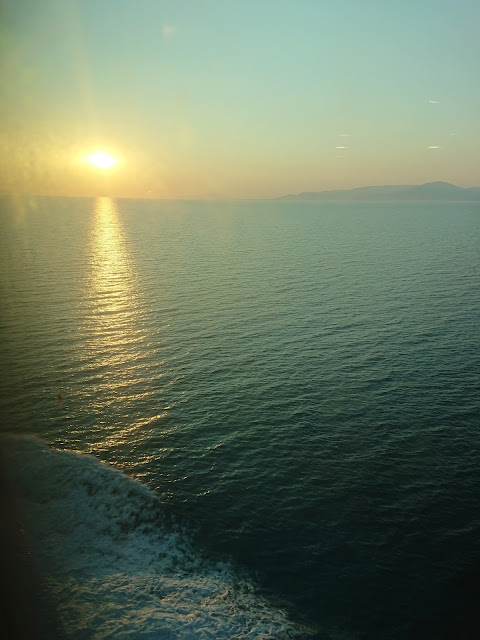 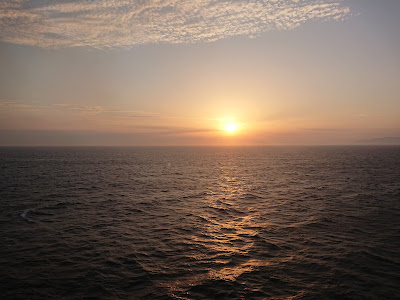 are things you can enjoy on a ferry. I had both (at the gold of Patra and the Adriatic respectively) a couple of days ago.

Now there's a breakfast waiting for me here: 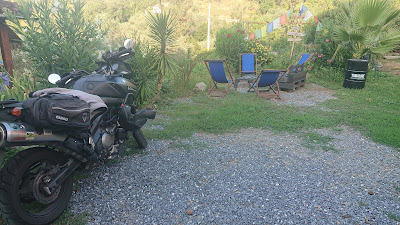 Delicious it was but unfortunately the same opinion was shared by the local wasps which didn't allow me to enjoy it in peace as I'd like, needless to say they didn't allow pictures of it without themselves in either.

I hit the road early in the morning for Nice France. Not too far from my next destination but I expected heavy traffic so it was good to have enough time since my appointment there didn't allow any delays. Since I was up in the mountain the first traffic I found couldn't be anything else than the local herd having it's morning walk (watch video below). The next kilometres where quite nice in sweet winding roads and parts fully covered by trees: 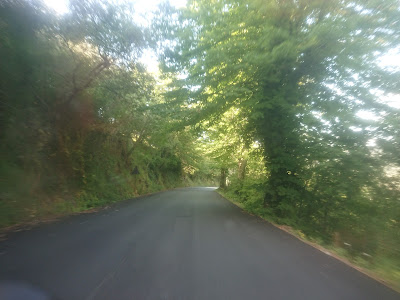 All good fun till I hit the coastline and it's touristic heavy traffic which was even heavier than expected. Not that I expected to cross San Remo and Ventimiglia on top speeds at the end of July but...Fortunately the queue at the French border didn't delay me as much as it looked like at first. With the chance of arriving late at Nice I started driving in a more Greek way. I hate to do that - no fun passing my side panniers through the car's mirrors with a tolerance of a cigarette paper for many tens of km.

You can watch parts of the whole route here:

I make it to Nice finally, anxious but fortunately not too late. Sweetheart Catherine, my host, had already called her friend Stephan to take her to the airport so she could have some extra time to wait for me to arrive. I couldn't have a better welcome from both of them. They even made a diagram of the area around the apartment with the points of interest. Hats off to the French people for their manners - not an old urban legend, it's a culture that's still alive. Though they had no time to spare they never showed any signs of being in a rush and kept thinking about helpful tips to share. Catherine's apartment matched it's owner so match: Sweet and comfy, only a few steps away from the water, generously offering me an everyday view like this: 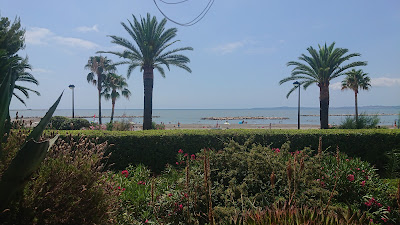 Finally I had some real chance to relax. After a couple of days being pushed to get from A to B and not always under the best circumstances, now my desires would dictate the pace and not any expected or unexpected things. As soon as I did the necessary but time consuming cleaning of myself and my gear I went to the local supermarket to buy some first much needed things. Hence I was able to cook my first fresh pasta with artichokes: 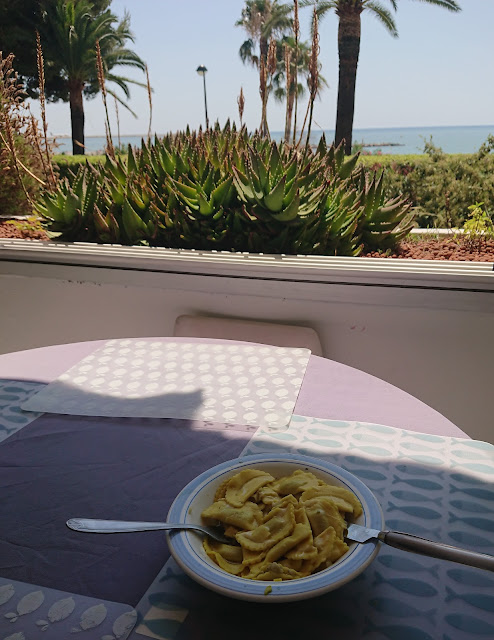 Though I must say the thing I appreciated the most was the blue Chimay beer costed only 1.5 euro!

Having such a convenient base to start from, the road to explore the surroundings looked like paved with roses.

A walk to the local marina offered my nice images like this: 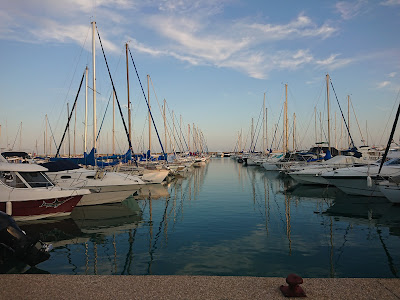 I couldn't hesitate a ride to the center of the city so next day after breakfast it was the first thing to do. Nice is a gem and its location is super nice. I didn't walk the city as much as it deserves but I'm sure that if I do so next time I'll be even more impressed.

The beach is wonderful even for my high (Greek) standards:

Nice and simple like France: No plastic, no beach bars, no BS in general. We used to be like this in Greece before we developed unnecessary obnoxious needs. Loud exhausts and cars with tons of decibels were so rare that I don't recall any. Another much appreciated thing was that it never felt overcrowded. I could park my bike by the beach at the preserved spaces for bikers without much effort. 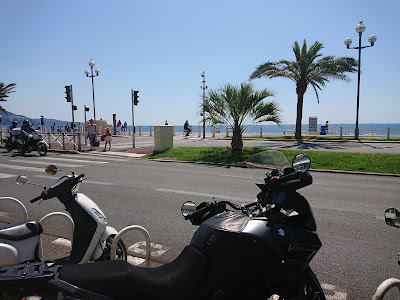 I rode up to the hill which overlooks the old city and the view was good enough to flood a whole hard disk.

Here's only a few: 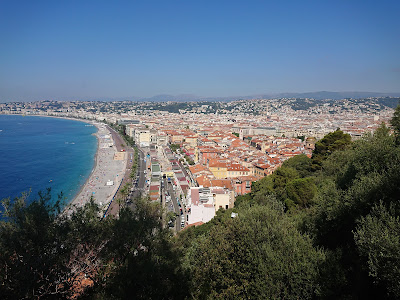 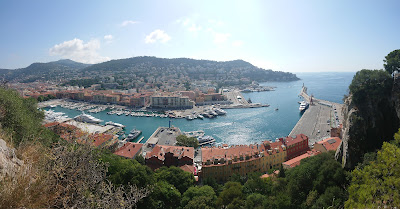 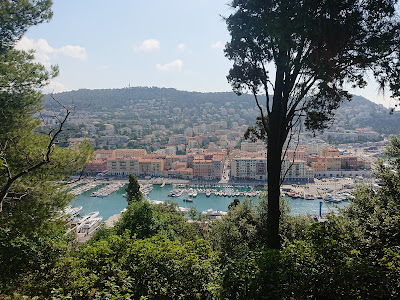 Beauty waits the visitors outside the center as well, like here for example at Villefranche sur Mer:

I returned extra satisfied from the aesthetic bath my eyes just had and impatient to explore what was waiting beyond the city's limits.