Few but good people who know me are not surprised when I set off to travel. Actually they rather believe I do it no matter what. "Officially" though, the reason for this trip was the chance to stay for a week at Nice France which would then give me the opportunity to explore this area which escaped me during my previous motorcycle trips around. I got close to Nice on 2010 when I did Gorge du Verdon on my bike coming from Torino heading to Aix en Provance via Col de la Bonnette (see how amazing this part of Europe is: so many top places in just one sentence!). So...time to see what Nice has to show.

As I was eating up the miles ion my loaded bike n the heart of summer from Athens to Parta's port, I often recalled Harica - that beautiful girl from Turkey, years ago, a few days after my bedroom was texting me from France telling me "Nice is nice!". Though I was reading her text on a soulless display I could see her face flooded by her smile and her long legs growing taller from extra happiness. She was so eager to explore something more progressive than her birthplace that even a medium suburb of Athens looked like Paris to her. Back in the day when I drove her to the station, right after my bike missed her legs she looked at me and asked me "Will you miss me?". Girls and their questions...

I arrive at the port of Patra and the guy at the check in tells me the last thing I wanted to hear: "Ferry will depart @ 19:30 instead of 18:00". Wonderful...Consider now that I had to do more than 200km next day from Ancona, therefore most of them at night and see the forecast to get a taste of how wet these would be: 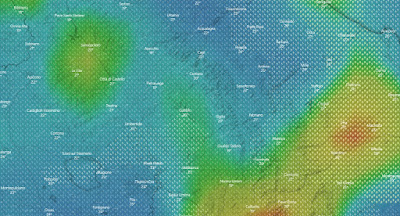 All these made me sit and wait for the delayed ferry in one of the rare shady places at the port like this: 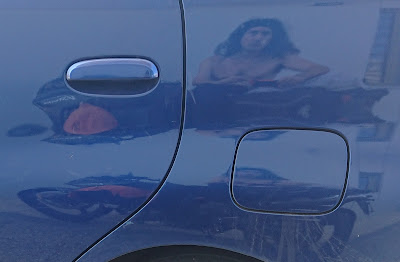 Actually things got even worse as the ferry finally departed at 20:00 and when we arrived at Ancona they delayed us an extra hour till they opened the gate of the garage where bikes were parked. Here I am at dusk, driving in full traffic with the whole convoy of trucks ahead and the weather waiting impatiently to rain dogs and cats. Few minutes later wasn't even waiting. My cell provider thought at the same time that it was a good idea to make things more adventurous as I couldn't connect to any network (for most of my time only in Italy as proved later) even though I tried manually the networks recommended by their site, making communication with my airbnb mission (almost) impossible. Seems like the whole thing wasn't already adventurous enough so...THIS happened. I won't repeat it here so you read what I wrote when the incident was more fresh. Yes...it was as as much as a cause for hairloss as it looks like and a bit more.

After all this madness I manage to arrive at my destination at 11:00pm  at a village South of Florence. I felt so lucky in my unluckiness which could ruin my whole trip that I didn't bother much about the awful mattress of my big bed at the beautiful studio I had rented which also had one more funny touch: 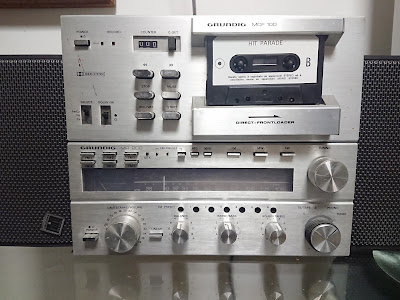 I went to sleep trying to focus on the positive side of things and one of them was that the heavy rain for large parts of the route was a good test for the connections I made myself on my front blinkers recently (I installed 4 of them) and yes they passed it with flying colours.

Every next day would be better than this previous one but objectively the one that dawned was gorgeous and so was the landlord's daughter who came to say goodbye with a rich smile as I was loading my bike before she left for work. Absolutely welcome details before 430+km on non toll roads (I don't do tolls abroad). All these helped me enjoy my around through Tuscany's beauties: 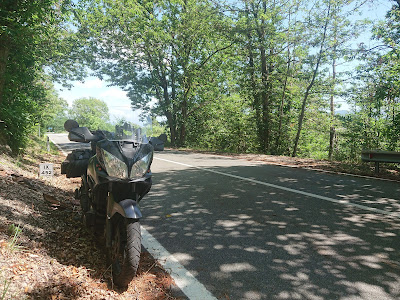 Around the borders of Tuscany and Liguria I see a truck stopped in the middle of the road. Having no clue why I try to overtake hime and then I see a sign in Italian (which I don't speak) reading something which probably was "road closed". Since there was a river on the side I assumed that a bridge had some problem and Italians are more sensitive after Genova's accident. While I was thinking how I could work myself out of it with no other signs of any help in sight a family arrives in a car so I approach the driver for help. To my surprise he was a fluent English speaker (you know how rare this is in Italy) and told me "I have no idea what's going on but let me call my father who's waiting us for lunch". Fortunately I just had a short of lunch on my bike otherwise I'd be drooling picturing an Italian Sunday table full of goodies waiting a hungry family. He calls his father indeed and I can him through the car's bluetooth repeating "Porca miseria!" numerous times. With my poor Italian I can understand that he is doing a verbal Harakiri for not telling them in advance about the closed road and the whole scene starts looking like a Woody Allen's film which brings me close to burst out laughing. At the same time the kids in the backseat had already gone into LOL mode so I couldn't help it anymore. The end of the phone call found the fluent English speaker Italian with the necessary instructions from his self-whipped Dad so he told me to follow him till he nods at me to split ways. Nice scene to have an Italian family waving at you at a roundabout while they go South and you go North trying to find a free hand to answer their gestures.

After all these plus some sweet winding mountainous roads in the last km which I totally enjoyed on my warmed up tires  I arrived at my next destination at a village on the border of Savona and Imberia. Here's the video of the ride of that day:


I was just looking for an accommodation not too far from Nice but turned out I had booked a place at an Enduro nest run by Enrica Perego, a master of this kind. She wasn't there but I was introduced to the bikes and the bar of her lovely place. I didn't hesitate to fall like a brick on the bed.